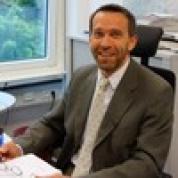 This article has previously been published in Risk Consulting Magazine, If.

Preparing for the adverse effect of climate change will require a proactive approach.

It will become increasingly important to consider the impact of land use, extreme weather, and natural hazards, when assessing regional risks. The natural disaster in Germany this summer was a once-in-a-hundred-year event. In this article, we investigate how the flooding developed, the underlaying causes that are currently known, as well as the insurance claims that followed in the aftermath.

All precipitation rates were beyond the 100-year recurrence interval (meaning that a flood of this magnitude had a less than 1% chance of happening within any given year). In other words, this was the most devastating flood to hit Germany in many years.

The flash floods and river floods turned small creeks into powerful streams reaching up to 8m water height. The impact of the energy on the ground below resulted in landslides along the flank sides of the hills, and below relatively even surfaces the water impacted the soil structure and resulted in sink holes. The force of the water moved soil and debris like an avalanche through buildings, towns and valleys. Many dams rapidly filled and were subject to overflowing and some dams were at great risk of collapse.

In the beautiful wine valley of the River Ahr, many large buildings, as well as other types of infrastructure, were completely destroyed. The flooding resulted in at least 184 fatalities in Germany and 38 fatalities in Belgium, with many more people injured. In addition, bridges were destroyed, roads and railway tracks were washed away and electric power, water supplies, sewer systems and communication systems were severely impaired.

Ottmar Zeizinger, Risk Engineer at If, followed the development of the flooding notes that, “The evacuation of large living areas, hospitals, the elderly, and homes for mentally and physically challenged individuals, began in the early phase of the disaster. However, what we experienced was that many people did not have a chance to return, either because of limited access to their homes or the fact that their homes or workplaces no longer existed. If the warnings and especially the speed of the evacuations was conducted well enough, is still to be evaluated.“

Within three weeks of the disaster, the German government launched a EUR 30 billion relief fund. Some EUR 2 billion from the fund has been dedicated to public infrastructure, such as railway systems.

Why did it happen?

There are several reasons why this flood was so devastating, and many reasons still to be assessed are currently considered as ‘speculative’. However, it is thought almost certain that the worsening climate crisis caused the devastating rainfall, as it is a simple physical fact that warm air can hold more humidity than colder air.

That said, other variables must also be taken into consideration. They include:

The direct causes can easily be explained by meteorologists. In simple words: very warm and humid air masses built up over the Mediterranean Sea area. In a rotation pattern they moved north and stalled in the western part of Germany. In the same area, the low-level system “BERND” moved away very slowly. In addition, there were saturated cumulus clouds sized 10km in height and 3km in width. This combination, in the same area for a prolonged period of time, resulted in the exceptionally heavy rainfall.

How civilisation has impacted the land

Historically, flooding has covered larger areas with fewer deaths, but on this occasion 184 lives in Germany were lost. The flooding occurred within the space of a few hours, making evacuation difficult and rapidly leading to it causing a greater destructive impact, which included an increased number of fatalities.

A similar weather-related natural catastrophe happened during the 2013 flooding in Germany. At that time, the rivers Elbe and Danube overran their riverbeds. However, in the flooding of 2021, much smaller rivers had been involved and landslides occurred, which was not the case in 2013.

The German Insurance Industry Association (GDV) has estimated that following the July 2021 flooding event, there were approximately 250,000 claims, and insured losses ran to EUR 8.2 billion.  On average, 46% of residential buildings are insured against flooding. One single local insurer, ‘Provinzial’, published estimates of 30,000 claims totalling approximately EUR 1 billion. At the same time, 40 local offices of the insurer itself suffered damage. A few weeks earlier, heavy rainfall and hail caused insured damages of EUR 1.5 billion.

The destroyed infrastructure made communication and on-site inspection of the damage difficult to estimate and insurers are still evaluating the events. It should also be taken into account that the current commodity market conditions relating to construction material scarcity and price rises due to the pandemic (particularly in lumber) could also lead to a demand surge impact.

Flooding has occurred throughout earth’s long history and will continue to occur in the future. The frequency of these events, however, and the impact on society will almost certainly increase. As the risk is very much related to much larger and more complex systems, a meaningful reduction of the climate change impact risks cannot be expected in the near and mid-term future. That said, measures to mitigate short-term and minor impact events can be developed and implemented.

In the case of the flooding caused by the ‘BERND’ system, Ottmar Zeizinger concludes, “Further on-site analysis, together with experts and local authorities, represent the next step towards implementing better quality risk assessments for the next time a flood occurs in the area.”