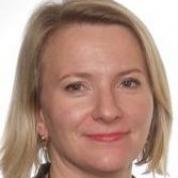 The discussion on possible EU regulation on Insurance Guarantee Schemes (IGS) is currently a hot topic as a European issue, and national solutions have been proposed in many countries. The current economic situation has made the issue of IGS regulation even more topical.

The need for guarantee schemes reflects the fundamental aim to protect policyholders´ and beneficiaries´ interests in the event of an insurance undertaking becoming insolvent. There exists also other means to protect these interests, as explained below in this article.

This article describes different options chosen in European countries to regulate guarantee schemes and the current Commission work on possible EU level regulation on IGS. In addition, the article presents analysis of potential impacts of the possible EU regulation.

Another feature that separates the existing schemes from each other is that they differ regarding the scheme structure (organisational structure, funding etc.) and coverage (claimant eligibility, protection amounts and limits, geographic scope etc.).

In addition to insurance guarantee schemes, there are also other mechanisms in place in the EU member states, which have been set up with the same aim of protecting policyholders and beneficiaries. These alternative solutions show there are different national ways of protecting policyholders and beneficiaries, and these solutions should be considered as an alternative to EU level regulation on IGS.[3]

In many countries, like Finland, Sweden and Denmark the insurance regulation requires that as a first step, the possibility to organise a transfer of portfolio of an insurance undertaking in a failure should be explored. This is a priority measure before any other measures are considered.

Another example is the Austrian legislation on internal guarantee schemes in insurance undertakings. The undertakings shall have internal funds as an additional safety net on top of the solvency rules.

The discussion at the European level on IGS has been an ongoing issue since 2001. According to the Commission, the lack of harmonisation in this area, might lead to overlaps and gaps in national legislation concerning guarantee schemes in the member states. Requirements for fair competition of insurance undertakings registered in different member states might be distorted without EU level regulation.

The political pressure to introduce regulation on IGS rose last year as the economical downturn deepened. The legislative environment in financial markets at the EU level changed, as the Commission and politicians felt necessary to find different means to react to economical difficulties. This is reflected also in the insurance sector, although European insurance undertakings have not faced such difficulties as in the banking or securities market. In fact, no important European insurance undertaking has failed during the current financial crisis.

Another step towards European regulation on IGS is the Solvency II regulation. Provisions on the so-called group support (possibility for the parent company to provide economical support inside the group) were, as a compromise, not included in the directive. However, the directive states several prerequisites for the introduction of a possible future group support regime. According to the Directive, the Commission shall by October 2015 assess the benefits of enhancing group supervision and capital management within a group of insurance undertakings. To this end, the Commission shall take into account new developments and progress concerning, among others, a harmonised and adequately funded EU-wide solution for IGS.

In its´ Communication on Driving European recovery in March 2009,[6] the Commission released a new reform programme for financial markets. One of the objectives is ensuring that i.e. consumers can be confident about their savings and rights as concerns financial products. To this end, the Commission will forward further measures to reinforce bank depositor, investor and insurance policyholder protection. The Commission will publish a White paper and an Impact assessment on possible ways to introduce regulation on IGS at the European level in the first half of year 2010. Legislative measures might be presented later in 2010.

In the stakeholder discussions held in 2009, the Commission preferences for EU wide regulation have changed from minimum harmonisation to a so-called Mutual bailout system (MBOS). This system would require all national IGS in other member states to support financially a scheme in one member state lacking sufficient funds to perform its mission. According to the Commission, this kind of system would require a higher level of harmonisation of national IGSs’ design options.

In banking, the Commission is at the moment reflecting on the future review of Deposit Guarantee Schemes (DGS). The Commission will present guidelines on the review this winter.  As it has announced that it will be looking for parallel solutions in the insurance sector, the decisions taken in the banking DGS will most probably have influence on the future solutions in the insurance sector.

What would be the potential impacts of EU level regulation on IGS, especially in the Nordic markets?

If EU level regulation on IGS would be introduced, there are however some problems, which might specifically concern small and concentrated insurance markets like the Nordic markets. The most important challenge in creating guarantee schemes relates to the funding of the scheme. In small and concentrated markets, a failure of a bigger insurer would create a serious deficit in the assets of the other insurance undertakings participating to the scheme funding. For example in Finland, a deficit of 10 per cent in the assets of the biggest life insurer would represent a deficit corresponding to approximately 30 per cent in the premium income of all other life companies. A deficit of 30 per cent in the assets would represent a deficit of corresponding to more than 90 per cent of all other life insurers. These figures show that an IGS would not be able to cover the claims of policyholders in case a bigger life insurance company would fail. In such a case, an IGS would have adverse effects on consumer protection and stability of the markets. During an economical recession, other insurance companies bearing the costs of such an IGS would be heavily burdened.

Introducing a mutual bailout scheme might prevent this problem, as schemes in other member states would be liable to participate to cover the deficit of one member country’s scheme. Therefore, the Commission should carefully consider the possibilities to solve the problems related to the funding of the scheme and the possibilities to build the scheme on mutual bailout.  It has to be noted however that there might be serious political and legal difficulties in introducing an IGS based on MBOS. The crucial question is whether policyholders and politicians in one member state are prepared to act as “lender-of last-resort” for policyholders in another member state? The Commission has not yet presented any details or legal solutions to the mutual bailout scheme.

Another important defect of an IGS, which is not only directed at Nordic markets, is the impact of the moral hazard-phenomenon. Knowing the customers would not be affected by a failure due to the existence of an IGS, the management may not act in the most prudent way in a crisis. The management might take considerable risks in the business due to the shared responsibility created by an IGS. This phenomenon was seen in the early 1990s in Finland before the failure of the life insurance company Apollo. The company had sold insurance policies at a price too low to cover it´s expenses and it had also taken too big investment risks compared to it´s size. At that time, there was no statutory guarantee scheme in place in Finland, but life and non-life insurance companies´ policies were covered by a recommendation of the Federation of Finnish Insurance Companies to it´s members to participate in the deficit of one insurance company in a failure in Finland. The security produced by this voluntary guarantee scheme was even used by Apollo in the their marketing.[7]

It has also been stated that as there is EU regulation on deposit guarantee schemes in banking, insurance should also be covered by same type of a guarantee. Insurance and banking business cannot however be compared in many essential elements. In insurance business the risks are different from those in banking. For example, liquidity risk in the form of panic withdrawals by depositors is much lower in insurance. Non-life insurance contracts cannot be withdrawn on demand or prematurely and, for life policies, there are generally early withdrawal penalties, which make the situation incomparable with the banking side. Copying the Deposit Guarantee Scheme from banking to insurance is not possible as such due to the differences in the structure of banking and insurance operations.

Protecting policyholders´ and beneficiaries´ interests is one of the fundamental aims of prudential regulation and supervision. As described by some examples in this article, there are different solutions in reaching this aim, depending on national and scheme-specific solutions in different member states. These guarantee schemes have been designed to take into account the national specificities in each country relating to their financial markets and company law, as well as their statutory insurance coverage and social security schemes.

The new supervisory regime created by Solvency II regulation as well as the new framework for macro and micro prudential supervision will be the important basis for prudential rules and effective supervision of insurance undertakings. In addition, national measures related to the legislative framework in liquidation and bankruptcy should be allowed. These measures complement the general framework and take better account of national differences in company law and social security schemes.

The Commission has quite evidently come to the conclusion that some kind of EU level regulation on IGS is necessary. The content, scope and harmonisation level of the future regulation is still unreveiled. Regardless of what the conclusion will be, it is of utmost importance to assess thoroughly different alternative mechanisms, either national schemes and arrangements already in place or possible new solutions like the mutual bailout system. In any case, the outcome should be such that the question of funding is solved coherently.

[1] Oxera report (Insurance Guarantee Schemes in the EU, Comparative analysis of existing schemes, analysis of problems and evaluation of options, November 2007), p. i.

[2] For description of existing national guarantee schemes, see the Oxera report section 2 and for update of this description, see CEIOPS Input to the EC work in IGS (30 June 2009), Annex 2.

[3] This has been brought up by the CEA, European Insurance and Reinsurance Federation, in its´ response to the European Commission´s public consultation on IGS, 7 July 2008.