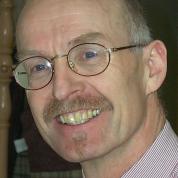 In Norway we have the last decades had a general Insurance Guarantee Scheme (IGS) in non-life direct insurance. The scheme has also undergone a considerable revision. The article gives a brief presentation of the two generations of the scheme. The challenge to face now is to investigate into how a possible European harmonization of guarantee schemes will affect the situation in Norway and its neighbor countries. The article offers some reflections on this theme.

Earlier this year the EU-Commission presented a white paper on harmonizing insurance guarantee schemes in the EU. The issue has been explored and debated for several years already, and the Commission seems now rather determined to go all the way. The financial crises apparently have had the effect of strengthening the idea of harmonizing guarantee schemes in EU. The presentation of the white paper was also cleverly timed into a package of renovation of schemes in other areas of the financial sector.

In the previous issue of this magazine Claus Tønnesen presented an overview of the content of the white paper, and also gave a harsh critic of the document and the proposals in it. The associations organizing the insurance companies in the Nordic countries have all positions on this issue that are coinciding or close to coinciding with the views expressed by Claus Tønnesen. There is thus no need for a repetition.

Instead I will give a brief overview of the situation in Norway and try to relate this to the Nordic insurance markets and to the discussion in the EU.

The first generation IGS in Norway

The introduction of the first generation of the Norwegian IGS was not really a controversial issue. The debate took off after the scheme was established.  Various reasons lay behind the need for a revision of the scheme. The first generation of the guarantee scheme was quite generous in compensating almost any kind of insurance claims. The failure of a minor insurance group in 1993 (Star) contributed to a growing understanding of a need to scaling down both the scope and the compensation level of the scheme. Star had rather large engagements overseas and claims poured in from nearly all corners of the world.

The first guarantee scheme also had some points, which were not considered to be sufficiently clear. One was about the obligation for branches of foreign insurance companies to be members of the scheme. Another was about the maximum obligation of the members to contribute to the scheme.

In 2006 the scheme was modified and given a new legal basis together with other guarantee schemes in the financial sector. After several rounds of proposals and evaluations and public hearings between 1995 and 2004, the parliament decided on a new law in 2005. The most important material provisions came, however, in a regulation connected to the law in 2006. The process thus took a long time even if it only dealt with a revision of an existing scheme. Still I think this illustrates that the questions involved are complex and called for a thorough investigation.

The result was a considerably less extensive scope. The new guarantee scheme only covers insured risks that according to the law exist within the state of Norway. The scheme does not cover risks in the marine, energy, or aviation sectors. Nor are risks in large corporations or organizations covered by the scheme. The same apply also for claims from the state or the municipality sector. Claims insured in captives are not covered. These exemptions do, however, not apply to liability insurance written to comply with legal requirements.

The compensation level has also been reduced. The compensation should generally not exceed 90 per cent of any claim. The scheme does not cover interests that a claimant is entitled to according to the insurance contract. The maximum compensation of any single claim can not surpass 20 mill NOK.

Claims regarding dwellings or statutory liability insurance shall, however, in any chase be compensated 100 %. This also goes for interest claims in these cases.

The scheme is based on a system of ex post financing. The liability for a member company to contribute to the scheme is limited to a maximum per year of 1,5 % of the sum of the gross earned premiums of the last three years.

The board my also decide that, if necessary, only parts of the claims (in excess of 5 mill) should be covered. The background for this possibility is probably that if one of the large member companies should fail, the practical possibilities of the scheme to cover all the entitled claims may be limited.

The challenges of a possible European harmonization

The Nordic insurance markets are among the most integrated ones in Europe. We see now an issuant Nordic market. This is especially true in non life insurance. The greatest effect of this integration is to be seen in Norway. The structure of the Norwegian non life insurance market is characterized by a strong presence of branches of companies from neighbouring countries. The Norwegian branch of the Swedish company If has a share the Norwegian market of around 27 %, and the Norwegian branch of the Danish company Tryg has a market share of about 17 %.  So, how will a directive of harmonizing insurance guarantee schemes affect this market?

The Norwegian IGS of today is host country based. All insurance companies licensed in Norway and all Norwegian branches of EEA companies have to be members of the scheme. This means that both the branch of If and the branch of Tryg are members of the Norwegian scheme. Companies selling insurance in Norway by way of freedom of services are, however, not members. This also means that close to every Norwegian consumer does not have to worry about questions regarding guarantee schemes when choosing among potential suppliers of insurance.

Whether the initiative of the Commission will materialize into a directive is still an open question. Most of the design features are also quite open. But if we see a directive, it will most certainly be a home country based, minimum harmonization directive. This means that the consumers in an EEA country in the future in principle will have to relate to potentially 30 different insurance schemes.  This, of course, is more of a theoretical than of a practical interest, and most countries do not worry.

In Norway, however, the market structure makes the question of what kind of IGS an insurance company is member of, to a highly relevant problem. The four largest companies cover more than 80% of the Norwegian non-life market. So, if the plan for a directive is materialized, these four companies will belong to three different guarantee schemes.

For the great bulk of Norwegian consumers this situation may well represent the opposite of harmonization. When they should chose among insurance companies they also have to choose between possibly quite different insurance guarantee schemes.

This situation is, of course, not only of interest for Norway, but also for our neighbor countries. So if the harmonization directive materializes, the challenge would then be to bring both the insurance industry in the Nordic countries as well as the authorities together, and try to find a sort of Nordic solution. A solution could be a set of national insurance guarantee schemes in the Nordic countries that are as similar as possible, and hopefully also as similar to the minimum requirements of the directive as possible. This would mean a transparent situation for the customers’. They do not have the worry about the design of the national guarantee scheme when choosing among insurance suppliers. The situation would also represent a level playing field for the companies and thus be beneficial for the competition among them.

There may, however, still be one concern left. That is the problem of high concentration in the markets, and the possibility of the scheme not being able to compensate all legitimate claims in the case of a failure of one of the larger companies in the market. For Norway, a directive along the lines outlined in the white paper, will in fact make this problem even larger than it is today. At present the largest company in the Norwegian non life insurance market – Gjensidige – has a market share of a little more than 28 %, which also is the market share of this company in our existing guarantee scheme. In a new Norwegian IGS that will follow from the directive, the market share of Gjensidige (in the scheme) will rise to more than 50 %. The reason for this being of course that the activities in Norway for Tryg will then be covered by the Danish scheme and the Norwegian activities of If will be covered by the Swedish one.

Are there any general lessons to be learned?

The effects of European integration will often first be visible in the small countries. In the larger countries the stability of the domestic markets will tend to delay the effects. The large countries also usually have larger companies than the smaller countries and larger companies will usually be more inclined to look beyond their borders. So, what you see in smaller markets now may well (but of course not necessarily) be indicators of possible future developments in the larger markets. The description above should therefore perhaps not be waved off as just another small country particularity.

The model of minimum harmonization has some valuable properties. Most importantly it allows for flexibility, which may enable each state to choose a solution that is best suited for its particular needs. But if the consideration of the customer is given the priority it deserves, each country should in this case act as much as possible as if the minimum harmonization initiative also were a full harmonization effort.