Change of practice for insurers after new EFTA judgement? 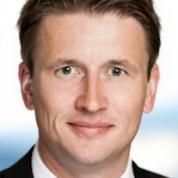 Whilst on holiday in Norway in 2011, a German tourist was injured following a car accident with a Norwegian national. Mr Wille received emergency treatment at a Norwegian hospital before being transferred, at his request, to a German facility for further treatment. In addition to the injuries directly related to the accident, he developed a number of ailments that would not be regarded as recoverable under Norwegian insurance law.

Tryg accepted liability for the injuries pursuant to the Norwegian Automobile Liability Act (bilansvarsloven), although rejected parts of the claim on the basis that it related to expenses for which the German national for different reasons would not have been entitled to claim compensation for under Norwegian law. The German NAV argued that the material substance of the recourse claim was governed by German law.

In Tryg’s view, the injured person had no rights against Tryg to which German NAV could subrogate, since all necessary treatment could have been provided free of charge to him by the Norwegian public health service. German NAV brought the dispute before Oslo District Court, which decided to seek an advisory opinion from the EFTA Court.

In essence, the Court had to answer the following question;

The Oslo District Court requested an interpretation of Article 85(1) of Regulation No 883/2004. However, as the current case relates to a period before the coming into force of this Regulation, which took effect on 1 June 2012, the relevant provision the Court made reference to was Article 93(1) of Regulation No 1408/71[1]. The two provisions are in essence identical in substance and therefore no assessment of their potential differences is necessary.

Following paragraph 43 of the judgment, Article 93(1) is interpreted as the follows:

Therefore, and as a general rule, if the domestic legislation of an EEA State provides in a purely internal situation that a social security institution is subrogated to any entitlement to compensation the injured person has against the person liable or confers on that institution direct rights against the person liable, such subrogation or direct rights apply also in cross-border situations.

This is not to say that the law of the country in which the injury occurred is irrelevant to the subrogated claim. Such an outcome would have been somewhat unreasonable. The court has struck a fair balance in that a subrogated or direct right cannot exceed the rights that the injured person has against the third party responsible for the injury under the national law of the EEA State where the injury occurred, including any applicable rules of private international law.

Finally, the Court emphasized that domestic law (the law of the country where the injury occurred) cannot be applied in a manner which has the consequence of nullifying the very effect of Article 93(1).

Tryg argued that it was entitled to reject parts of the subrogated claim on the basis that the injured party had received, and could have continued to receive, hospital treatment in Norway without giving rise to any extra costs. This argument would have prevented the injured party from claiming compensation with respect to the hospital treatment costs in Norway and Germany, and was consequently rejected by the Court. In rejecting this line of argument, the Court stated that:

“The purpose of such a public health system is not to relieve the responsible party of liability for the costs, but to ensure that the necessary treatment is available to the person”.

The judgment implies that it is no longer necessary to accept subrogation claims from foreign welfare institutions without a thorough assessment of the basis and scope of the claim under Norwegian law. On the other hand, Norwegian insurance companies or welfare institutions claiming subrogation in other EEA States will now have to familiarise themselves with the scope of the law where the injury occurred and adjust their claim accordingly.

Another factor which now needs to be taken into consideration is that of the differences between domestic laws, this could create discrepancies in treatment of insurance claims in different EEA countries as each claim must adhere to the scope of the law of the State where the injury occurred.

Advokatfirmaet Steenstrup Stordrange is monitoring the developments in this area closely. If you have any questions related to the judgment and its relevance for your insurance company’s handling of subrogation claims from foreign welfare institutions, please do not hesitate to contact our insurance team.

[1] Article 93 (1) of Regulation (EEC) No 1408/71 provides: If a person receives benefits under the legislation of one Member State in respect of an injury resulting from an occurrence in the territory of another State, any rights of the institution responsible for benefits against a third party bound to compensate for the injury shall be governed by the following rules: (a) where the institution responsible for benefits is, by virtue of the legislation which it administers, subrogated to the rights which the recipient has against the third party, such subrogation shall be recognized by each Member State; (b) where the said institution has direct rights against the third party, such rights shall be recognized by each Member State.