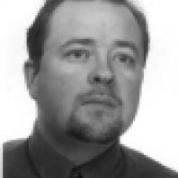 The current international financial crisis, initiated in the US and followed by worldwide turbulence, reveals that it is very difficult to implement measures and legislation pre­venting economic turmoil. The policies pro­moted by governments and monitored by su­pervisory authorities in almost every country and international organisations, for instance EU, BIS, World Bank and IMF, are supposed to assure the stability of the international financial system and prevent exactly these events that is now occurring. The present monitoring system of the financial sector are certainly the most sophisticated ever, still we once again face financial fragility; and natural questions that surface are why and how should we counteract crises?

Finding the causes behind the current crisis is relatively easy, and can mainly be explained by top managers seeking highest possible growth, in turn increased market shares and in the end higher personal benefits. However, this explanation is an oversimplification of current events and shades more important issues, for instances how can the international financial system be this fragile and how could we prevent crises in the future?

Indeed, perhaps no other field of economic research has joined so much interest as finan­cial crises, mainly explained by their constant reoccurrence and their severe effects on eco­nomic life. According to historical surveys there were at least 32 international financial crises during the period 1720-1985. A more recent study estimated that about 30 banking crises occurred from the early 1980s and until the end of 20th century. These recent crises occurred mostly in less developed countries and countries in transition (as Russia, Eastern Europe and southeast Asia), but also devel­oped countries as for instance Norway, Fin­land and Sweden, experienced financial tur­bulences in the late 1980s and early 1990s. The Nordic countries can to some extent be regarded as peripheral financial areas, how­ever, the current crisis shows that even inter­national financial centres can initiate and suf­fer from financial turmoil and once again demonstrates that financial crises are not be­nign.

What can we say about causes behind crises? In general, the periods leading up to financial distresses has typically been charac­terised by an economic boom, rapid credit growth, often accompanied by increased competition in financial services, economic deregulation, the removal of cross-border restrictions on capital flows, and financial innovations. But crises have also been associated with macroeconomic circumstances, such as economic downturns, declines in in­comes, and depressed asset markets, that typi­cally follow waves of domestic and interna­tional credit expansion. Several processes are associated with crises, for instance reduced financial intermediation, declining liquidity, asset price reductions and banking fragility.

Then, and making a great leap, how have crises been dealt with and what measures and policies were introduced in order of repealing repercussions of individual crisis? In general, a “lender of last resort” has through supplying additional liquidity provided the repeated and successful measure through time. Normally, but not always, this policy has been supplied by the government (the first known in Sweden occurred in 1857), which makes it important to analyse the interaction between policy makers and private business. As history tells us governments as well as powerful individu­als has acted as “lender of last resort”, so it is nothing new but the measures has through time been refined and extended. However, the question of “lender of last resort” is a intrigu­ing matter, and not as simple as one can expect. The dilemma is that if players on a market in advance are aware that governmen­tal assistance are forthcoming, incentives of keeping sound risk management on the ex­pense of expanding market shares, are seri­ously undermined. At the other end, without any safety net in terms of governmental finan­cial support during for instance a bank run, could result in a total collapse of the financial system with long-standing consequences for the entire economy.

The recent examples of governments acting as “lender of last resort” is of course of vital importance in keeping stability on the market, but is it possible to evaluate previous policies and their long term impacts on the market? Did “rescue plans” change competitive envi­ronment, where certain actors were crowded out by measures taken? One empirical exam­ple can partly demonstrate this issue. The real estate crisis

in Sweden in the early 1990s (almost solely caused by domestic circum­stances) initially affected finance and real estate companies but spread to banks through heavy credit losses, and the survival of the whole banking sector was endangered. Thanks to governmental support, however, it was possible to overcome the crisis relatively quickly. Insurers also encountered problems, in particular in the field of credit insurance and losses on international business. How­ever, the banks received governmental sup­port but not the insurers and to some extent this changed the competitive environment on the Swedish financial market. To repeat, the function of “lender of last resort” is crucial in regaining financial stability, but we should be aware of possible negative side effects of these operations.

The main lesson from previous crises is that we have to learn more from history. We should in particular remember that the financial mar­ket is a coherent and a unified system and when some parts fails the entire system often is endangered, and governments are the only players with enough resources and long-term capacity in revoking this downward spiral. The current massive policies of rescue plans among governments are in fact, according to me, the key of resolving this crisis, and hope­fully we will learn that joint efforts on the international level is of utmost importance in revitalisation the financial sector and secure its longevity. However, we need to learn more about the full impact of governmental inter­ventions in the future.

To sum up, making predictions about the present crisis is impossible. In particular since still no satisfactory and widely accepted the­oretical understanding of crises exists and we cannot even explain why “normal” busi­ness cycles repeatedly end up in financial crises, but not always.