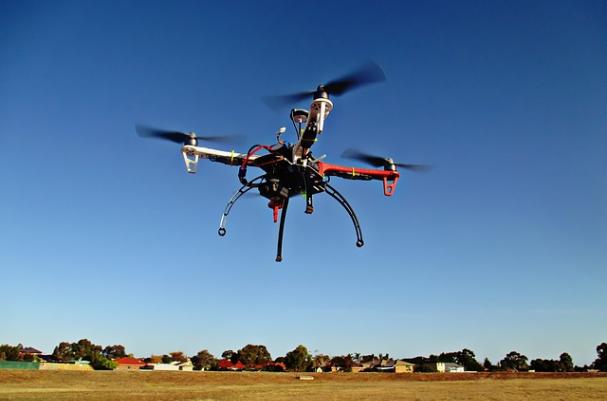 Take-off of the drones

This article has previously been published in Risk Consulting Magazine, issue 1/2016, by If P&C Insurance.

Unmanned aerial vehicles (UAV) commonly referred to as drones have taken to the skies at a phenomenal pace. In just few years the production and sales of civil drones have already grown into a multibillion euro business.

The number of drones sold in a year has reached 2 million, and sales are rapidly expanding. Of course the military use of the drones was the first application and still dominates the figures. The history goes back decades.

There are plenty of ideas on how to utilize drones waiting to be found. But why have commercial and recreational drones right now evolved so strongly? The answer is in the technological breakthroughs. The maneuvering uses digital remote control units and a GPS system. Many of the technologies used for the navigation and control of the propellers have developed quickly, and they make remote operation very easy. The computing power of the vehicle enables smooth and adaptive flight. The new lithium-polymer-batteries have made it possible to carry more power and release it quicker. It is possible to attach more load for the tasks of the drone such as sensors, cameras or payload.

Agriculture, for instance monitoring of crop circumstances or spraying, is currently the biggest area of civil use of drones. The utilities need monitoring of power lines and scanning for storm damage. In public services, there are wide applications such as border control, fire- fighting, traffic guidance and wildlife protection. Of course, use in the media with live cameras in the air right at the scene of the action is already widespread. Now the commercial use is in full flight and companies are coming up with new ide- as such as measuring gases and chemicals in the air, selling surveillance services to risk management of buildings and factories and insurance claims situations. The most typical recreational use is probably video photography or just flying the gadget for fun.

Discussion and testing of UAVs for de- liveries of goods is lively, but there seem to be still some major obstacles before this becomes reality. The risks involved in long distances without visual contact be- tween the operator and the drone are obvious.

The development of drones has not stopped. There are already fixed-wing vehicles besides the helicopters. The level of autonomy is also going forward from re- motely piloted towards full automation.

Aviation is highly regulated due to the massive risks involved in air traffic. Aeroplanes must be safe. International co-operation on traffic control, standards and systems is inevitable.

Are drones aviation? The regulation has lagged behind identifying the clear differ- ences between flying a drone weighing a few kilograms and a commercial airliner.

The International Civil Aviation Organization (ICAO) is the UN specialized agency working with 191 member states and industry groups to reach consensus on international civil aviation standards and policies. They are working on a regulatory framework to integrate the UAVs into non-segregated airspace together with the commercial aviation.

The European Aviation Safety Agency (EASA) has in December 2015 published its technical opinion of a regulatory framework for the operation of unmanned aircraft. It establishes three categories of operation based on the risk. But even below these categories there is a “harmless” subcategory for very small drones like toys, where only local rules and laws apply. It has more to do with product safety and product liability, with instructions given with the product.

Open category applies to drones below 25 kg and has a minimum set of rules to follow so as to avoid risk. The operation must be within the visual line-of-sight of the pilot and below 50 m altitude. There are various rules for safe distance from other airspace users according to defined zones and from people.

Certified category means that risks similar to those associated with commercial airlines require rigorous risk management actions and can be operated only with a Remote operator certificate (ROC).

Even with the international agen­cies addressing the issues to make drones adapt to the risk environment of the skies, there are still many local regulations in force, and countries are at different levels of up-dating them. One illustrative example is Finland, where the author­ity TRAFI published its regulation last year stating in the media release: “Our brand new regulation on the use of un­manned aircraft is the most liberal in Eu­rope, if not in the whole world. The reg­ulation leaves room for experiments and allows for the development of new busi­ness activities.”

At the same time, the Federal Aviation Authority (FAA) in the USA has ruled that every drone weighing more than 227 g must be registered and marked for identification. We will soon see how the international and domestic initiatives to regulate the use of drones will develop. Looking at the pace of the sales and new applications of the drones, there is some urgency.

The drones are not expensive and the loss of one would not be a catastrophe. And even with the possibly expensive sensors, cameras and other equipment carried by them, the risk is low. The largest risk potential of the drones is caused if the drone hits property or people on the ground or in a nightmare vision collides with a manned aircraft causing a crash.

There have already been hundreds of reported near misses between drones and manned aircraft although the rules forbid flying drones in airport zones. There are plans to create “geo-fencing” where a safety programme in the operation system of the drone prevents it from automatically flying into restricted areas. On YouTube there are also scary videos of drones crashing and nearly causing accidents.

Because the drone operator has strict liability the risks of drone use seem to be mainly liability risks. They may be dependent on the operator’s errors and be evaluated with the tort laws. If there is a manufacturing defect causing a malfunction, it could be judged against the product liability laws. It is still somewhat unclear whether the laws and conventions on commercial manned aviation apply to the liability. They are all based on strict liability without any limit of liability towards third parties.

But if a catastrophe accident would happen, the operator’s liability even with liability insurance coverage would probably not be sufficient to cover the damages. This risk is taken by us all when the use of the drones is accepted. Therefore it is very important that the risks of widespread drone traffic are constantly followed and new methods of risk management introduced to prevent accidents.

A privacy issue may also come into the picture in the surveillance or photography by drones.

The technology including digital data processing involves cyber risks. There are test examples of taking over drones or interfering with the signals in the operation. Cyber risks pose serious threats to safety.

Finally, the terrorism threat is also unavoidable. With the capabilities to fly easily anywhere, the drones have already been used by, for example, ISIS in its attacks.

It is not completely clear whether the compulsory liability insurance requirements of commercial airlines apply to drones. In the EP’s Regulation (785/2004) on insurance requirements for air carriers and aircraft operators, the minimum take-off mass category is below 500 kg with a requirement of liability insurance with at least SDR 750,000 corresponding to about EUR 900,000. There must be coverage even for terrorism. The regulation does not seem to re­ally take into account the difference be­tween drones and manned aircraft, and we are expecting it to be up-dated. But, at the moment it probably applies to commercial drones.

Typically, aviation liability is excluded from the standard general liability insur­ance policies, and coverage must be ob­tained from the international markets like London. However, we have witnessed product development on the local mar­kets. The new products have been based either on the existing aviation coverag­es or general liability policies with new clauses. It is now possible to obtain cov­erage for commercial drones, for exam­ple, from If P&C Insurance.

The hobby use and toys may be cov­ered by the homeowner’s policies, but it is too early to state that this will be the standard.

On the ground, the typical all risk property damage and business inter­ruption policies would cover the dam­age caused by a drone. Of course, there would be the recourse possibility against the owner or operator of the drone.